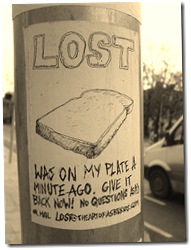 Do you ever loose your keys? It seems I’m always in search of mine. My family tells me I should tie them around my neck. Even my purse seems to enjoy playing tricks on me by swallowing up my keys. And my niece and nephews still poke fun about the time we were in Memphis and I was going berserk about my keys when I was actually holding them in my hand.  Yep, my hand-imagine that. Searching for something you know you’ve lost is very different from discovering a thing you weren’t even aware you’d managed to loose in the first place.

Recently I read 2 Kings 22-23. While cleaning up the temple a priceless treasure was discovered-God’s Word. It seemed a little odd to me that finding the Word of God in His Temple would be something unexpected. Upon reading the Words, King Josiah learned that his nation had been living against the Lord’s command. The King’s actions gave me some key principles when finding something I might have lost that’s valuable.

Have you ever lost something and forgot you ever had it? I have and I’m not just referring to tangible stuff. In some ways, I lost who I was. Things I once adored no longer even crept into my mind. I forgot that I ever had a passion for it. However, a couple weeks ago, after hosting a youth recognition day, my sister made a statement-“you’re coming back to your old self”. It was just a statement made in passing but some how it stuck with me.  The event struck up some old creativity and passion that I had long forgotten existed and cease to use. But, as I was focusing on the scripture passages, I gleaned some application for right were I am. Isn’t that what the Bible is for anyway?

Now that the spark was reignited, it’s my job to keep the flames a burning. Not tuck it in a cute little box as a memorial but to put it to use as much as possible.

Have you tucked away some gifting, talent, revelation, dream or inspiration? Perhaps it’s time you dust away the cobwebs and let the wind of the spirit blow on it again.

Lord, forgive me for neglecting to tend to and realize the value of the treasure you’ve given to me. Now that I’ve rediscovered it, Lord, show me what your plan is for it. And teach me how to use it so that it might bring you glory. In Jesus name. Amen.